Well, it's been a long hiatus. Rather than bore you with the mundane details of daily life, suffice it to say that, although I haven't been blogging, I have been painting and playing. In particular, there's been a lot of Chaos In Carpathia being played. The newest member of the group has painted two warbands and we are lucky enough to be testing out some of Tom Weiss's new warband ideas. Last night I took some shots of my Hungarian Monster Hunters versus the other Jason's Nosferatu warband. 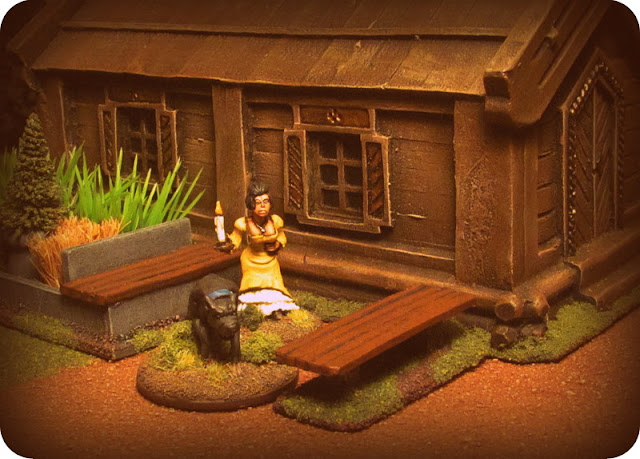 Here's a shot of my Adventurous Scholar, Ms. Elizabeta Von Krumm creeping around the outskirts of a small village, unaware of the dark creatures skulking in the shadows. 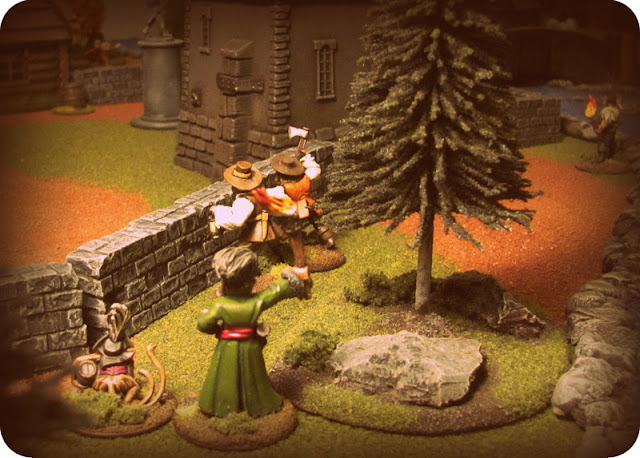 However, protection was not far away. From L to R: Lazlo the Wanderer and his monkey Captain Hatteras, Ernst Holdt, Bjorn the Bold, and to the far right, Helmut Von Krumm. 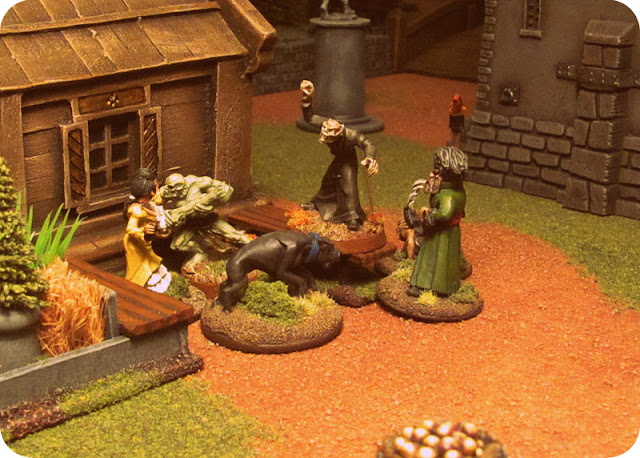 Lucien (one of Jason's vampires) leads a ghoul into combat. The foul nosferatu found himself no match for Lazlo's knife work. In fact, the game was an absolute slaughterfest for my Monster Hunters. Highlights included staking a vampire (which is not that easy) and having the sun come up near the end of the game and incinerating the master vampire.

As some of you may have noticed on Lead Adventure, I've recently created and playtested a set of Secret Objective Cards as well as a deck of Campaign Cards. For a genre like Gothic Horror, the mystery of never really knowing what your opponent is up to and, to some degree, what he is up to adds a great deal of suspense to the game.

Oh, and didn't I mention... We have models ordered to start a couple of Brotherhood warbands as well. Because I really need a FIFTH warband for Chaos in Carpathia. That' wasn't sarcasm. I do need another one.