I won't be posting for work-related reasons until the middle of December, so I figured I better take the opportunity to post some pics of my newly painted buildings. Here we have my Dry Goods Store. It's actually named after a long-standing family business in my community. Posing on the step is the first Western model I've painted - one of the Pinkerton Detectives from Artizan. Fantastic models, I highly recommend them. 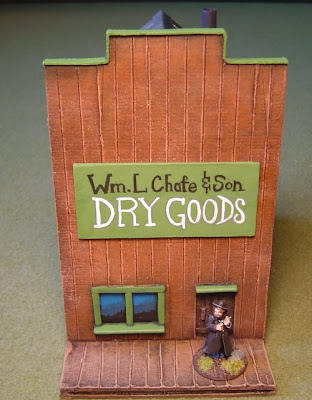 The house around which my building tutorial was based. It's the home of the local Justice of the Peace. As a well-to-do and co-founding member of Assumption, he can afford to cough up for a few gallons of paint. 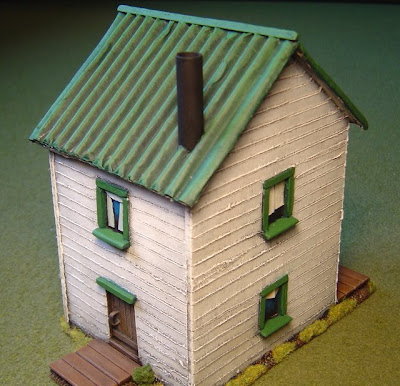 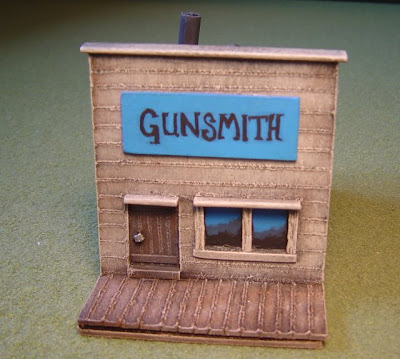 The Livery Stable. This was my first experiment with a planked roof. 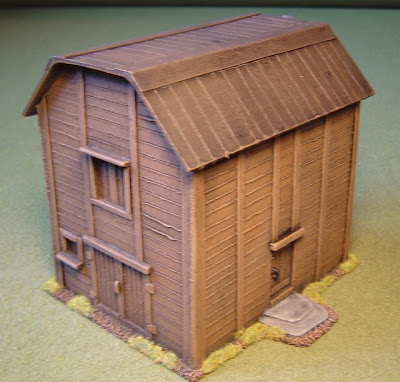 The Bank. The sign is a little larger than I had planned, but I've moved on to other buildings. One can't obsess on minor details while engaged in a project of this scale ;) 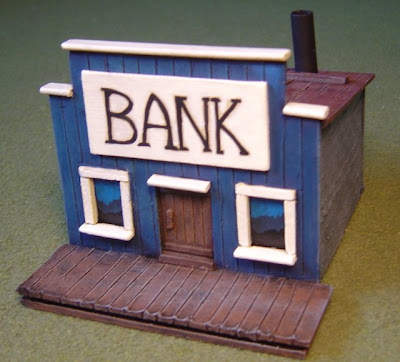 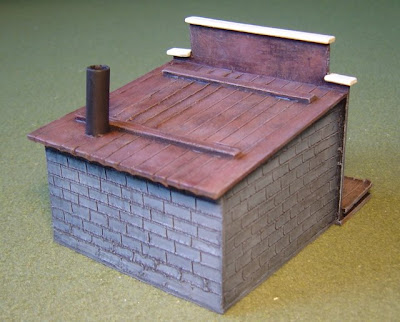 That's a total of eight buildings painted. I just primed the hotel, fences, and started detailing the restaurant. However, you'll have to wait until December for further updates. I know Ken has started prepping his outlaws for painting today, so it shouldn't be too too long before we get some shots of in-game action posted.

The first lick of paint - the Saloon and the Sheriff's Office

So I finally found time to start the painting process on my homemade cardboard buildings. Here we have the local Sheriff's Office and my first Saloon, "The Full House." I realize that the paintjobs are a little "neat" for the Old West, but I want the town to look colourful, even if it means sacrificing reality. 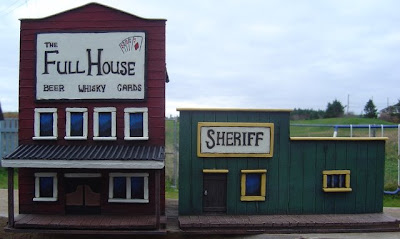 After printing some PDF signs, I decided to try hand-painting instead. There are certainly imperfections, but I'm pleased, especially with the free-handed hand of cards. 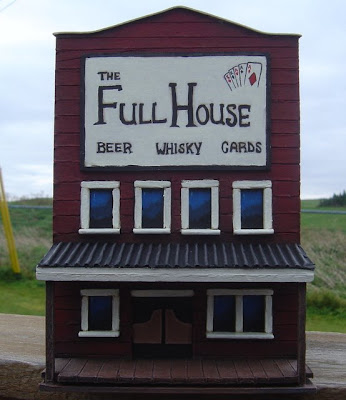 I tried to at least keep the sides and the backs of the building looking rough and unadorned. I think the stovepipe turned out nicely when painted. 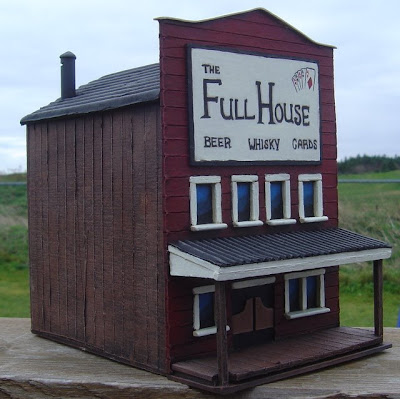 Here's the back. I used the Wargames Foundry method of window-painting. I've never painted a window before, and I think their method looks convincing enough. 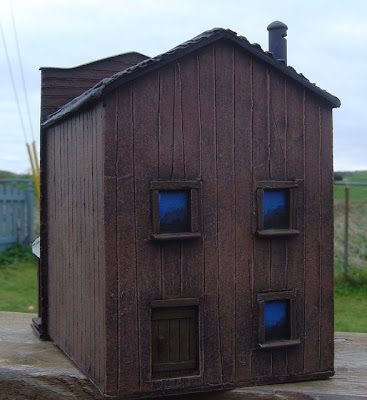 Considering I plan on playing a Lawmen posse, it was only right that I start with the Law Office. As you probably guessed, the "iron" bars are toothpicks. 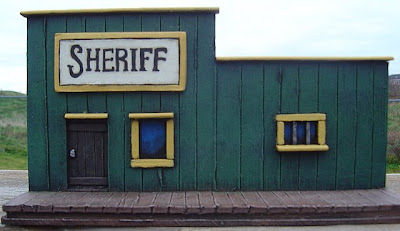 The brick jailhouse. I should have taken the photo higher so you could see the tin roof. 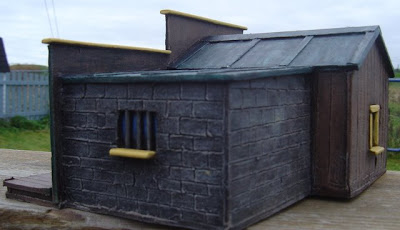 The back of the law office. Nothing to see here pilgrim. Move along. 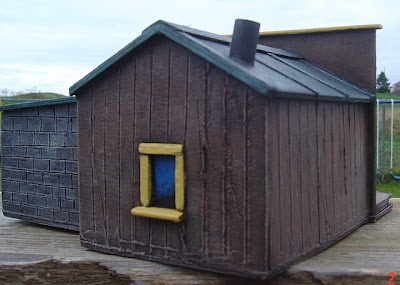 All in all, I'm very pleased with the results. It just goes to show that there are options for those of us who don't want to buy buildings that cost $30.00 - $60.00. I may not post anymore updates until the town and its fixin's are painted and ready to be laid out "all proper like."