I had originally intended to use these models to build an army for Warmaster Ancients. Unfortunately, a couple of weeks after the models arrived in the mail, my primary opponent moved away. It's taken almost two years to finally get around to finishing these guys. The collection shown below is based as a 400-point army for Impetus. 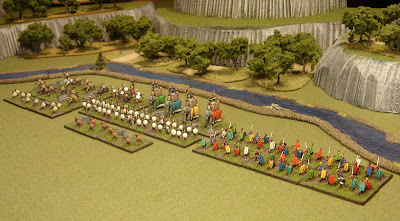 All of the miniatures come from Pendraken's 10mm ancients collection. With the exception of the Gauls, most codes have just one pose, but I find that works just fine at this scale. The prices are very reasonable, and for a low model-count system like Impetus, it's a very cheap way to build a playable army.


The Infantry:
As I was working with a pre-existing model collection, I based my chosen units around what was at hand. African spearmen form the infantry reserve while large units of gallic warriors form the primary assault force. I'll use the skirmishers to screen the infantry advance, as well as to cause disorder in the enemy lines. 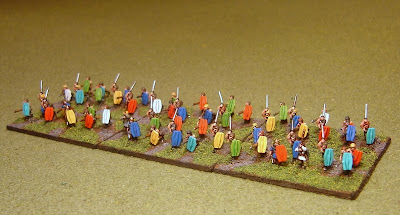 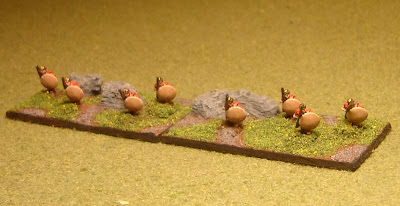 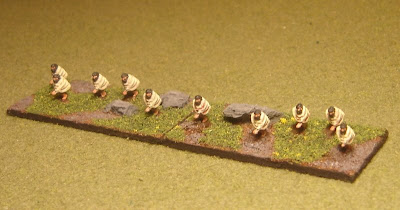 The mounted wing of the army is composed of two different types of units - African medium cavalry and Numidian light cavalry. I intend to use the mediums as a mobile command platform for the more numerous Numidians. The Good command structure of the Carthaginian army combined with the cavalry's mobility should make these guys very effective at flank attacks. 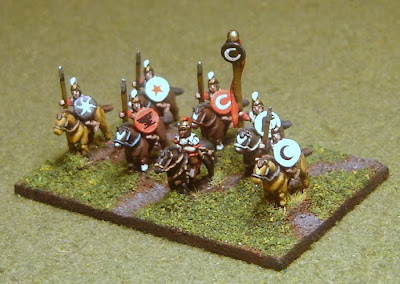 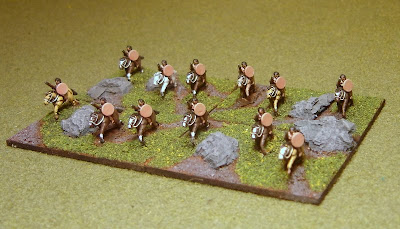 I haven't played any elephant units in Impetus yet (or any game for that matter), so I don't exactly know what they are going to accomplish on the field. The truth is, I took the maximum two units just so I could paint them. More importantly, I think they make a smashing centerpiece for the army (ha ha..get it?.. smashing?.. nevermind). 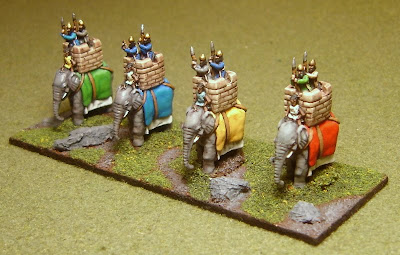 This 400-point army is composed of 108 infantry models, 20 cavalry models, and 4 elephant models. At Pendraken's standard pricing, the total comes in at approximately 20 pounds. With that in mind, it's easy to see why so many gamers play at such small scales.

The previous post in this thread (from over a year ago) showed the army's first incarnation - a Carthaginian force for Basic Impetus based on 8cm frontages. I decided to drop back to 6mm frontages when I expanded the army. Mostly, I just wanted to paint less models and still have something playable at the end. It has worked out and I am pleased with the final result. I am finally ready to put Rome it her place.

Thanks for reading,
JET
Posted by JET (aka Jason) at 6:13 PM

Your Carthaginians looked good before, and they still look good... except now there's more of them. Nice to see you finish 'em. Now go and kick some Roman behind!

...I don't suppose you bought a whole pack of those standard bearers and have a bunch left over, by chance?

Bloody #&%! Those paintjobs are amazing - and the bases are great as well. Especially the numidians and elephants are a pleasure to the eye.
Well done!

I actually custom-ordered from Pendraken to fill my army out. I believe Dave will include single minis in any order at the same price/model. I only have two left - one for another command, and one for another unit of spearmen.

As always very nice, after seeing these I think I might just try a
10mm Ancients army:-)

I always inspired by you, your opinion and attitude, again, appreciate for this nice post.