It had been a while since Stu put his Arab army on the table so we decided to have a good old throw down. We tried out a minor house rule as well - instead of both armies fielding a camp, only the defender would field one. We figured that this would cause the attacker to act a little more like a defender.

As usual, I pushed my army a little to far and had some disorder issues as a result. 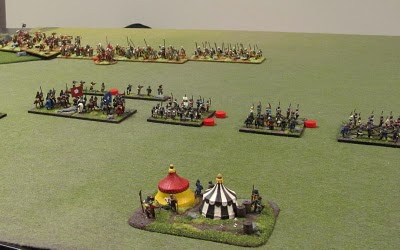 As you can see, Stu has been having some issues with his spears either coming off or going all spaghetti on him. It's a real shame but I think he plans on doing some replacing over time. 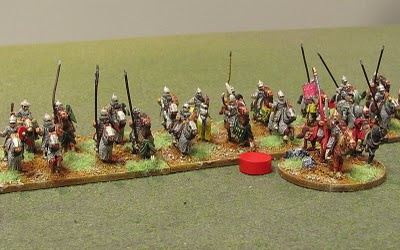 Sir Jonathan Deere (think about that name and look at the model for a minute) was on my left flank and succeeded in routing a unit of light cavalry and pushing back another. 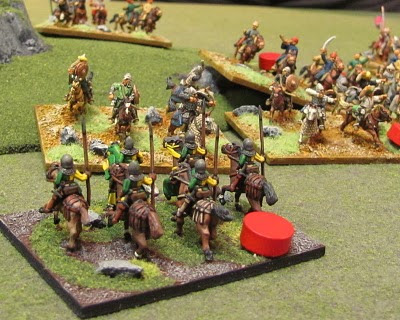 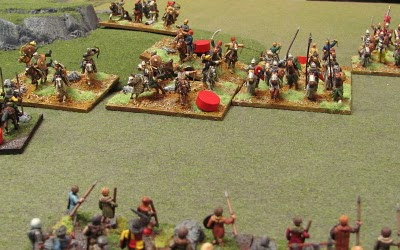 My humble peasants find themselves biting off more than they could chew. 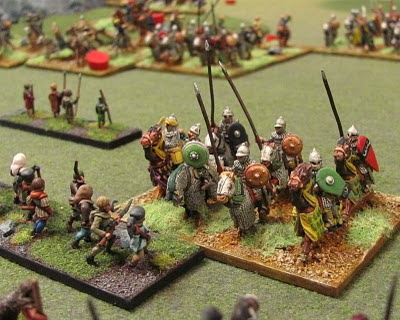 By the halfway point the middle of the field was packed with my army clashing with Stu's cavalry. 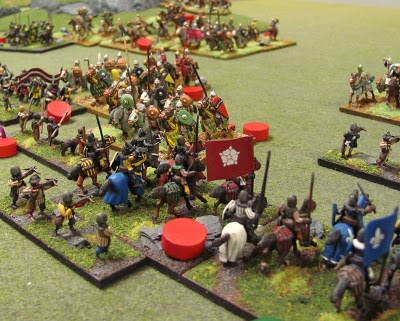 Before too long, Peter Redgrave's command was broken. However, Stockwood's command of men-at-arms, archers, and knights was still in very good shape. 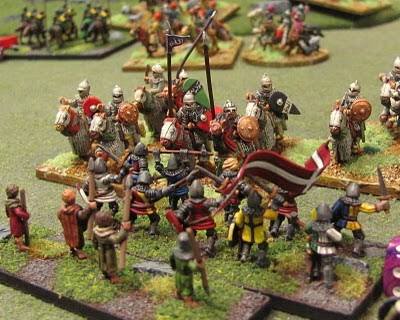 Etienne de Guarde and his knights had a great romp through Stu's line and managed to take out a couple of units of enemy cavalry. 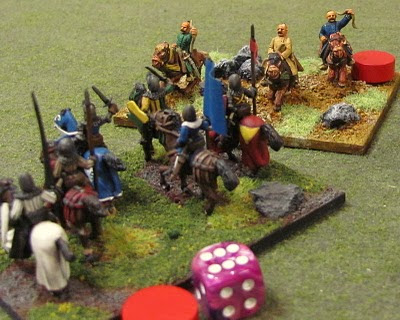 By the game's end, Stu had one unit of light cavalry making a run for my camp but it was too late. I took out half of his larger command and, by the end of that turn, his entire army was routed. 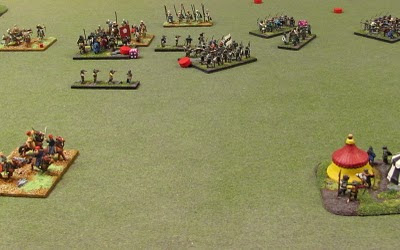 I admit that I over-extended my unit of English knights but I couldn't resist making a run with them - fresh paint often has that effect. I'll try and use them more sensibly next time. Until then...

Fantastic battle report with 2 amazing looking armies. I am glad you survived those snow storms.

I read this yesterday, but the "John Deere" bit only caught up with me today. Very amusing and sounds like a great game too.

Thanks for a nice Battle report !

Thanks guys! It was (and always is) great fun.

You always do such wonderful battle reports and have gorgeous models. So, if you find yourself robbed you can blame me ;)

Good stuff all round Jason - I've always been interested in Impetus, but never got into it; however this looks great stuff!

Nice battle report and lovely figures and board.

Looks like sir John really cut a swath through those arabs. Planting the seeds of destruction, so to speak. Will he ride on, or will he have to push on through?