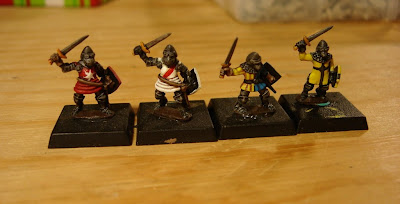 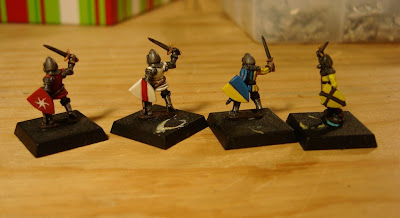 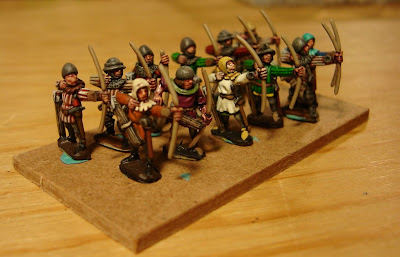 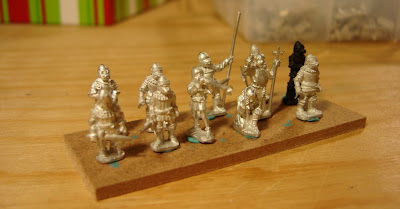 Looks good. Heraldry on the shields is to period as well. I not sure but the English used to put their archers in wedge formations with stakes in front of them to funnel troops to the heavy inf in this period. This could be very cool to model on a base.