The Law Comes to Hackett Farm 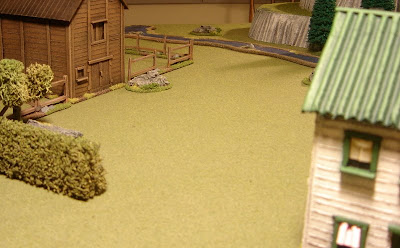 Many developments have taken place since we last looked in on the Assumption Vigilence Committee. There were even more violent engagements in Assumption inself. More brave citizens joined Sheriff Mast's cause, and the infamous outlaw leader, Gentlemen Earl himself, was gunned down by Mast. (He had been warned - J)

After driving the outlaws and remants of the 17th Cavalry from the town proper, the Sheriff received a visit a few days later from Jake Hackett, a local farmer with a respectable spread a couple of miles outside of the town itself. Jake informed Gabe and the Sheriff that the outlaws were holding up in his farm. His wife and children were in hiding at the old mill, and Jake was looking for vengence. Without delay, Sherrif Mast, his deputies, and a great number of concerned citizens mounted up and sped off to the Hackett farm.

All looked peaceful when they arrived. However, close inspection showed much trampling in the kitchen garden. 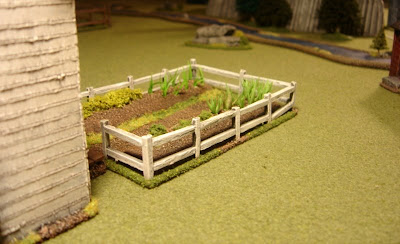 And then they appeared - the Major`s men. Drunk on Jake`s whiskey no doubt. 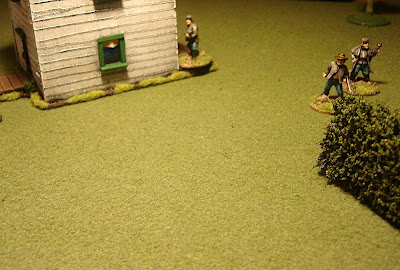 The major shouted orders from atop his steed and headed off around the ourtskirts of the farm. 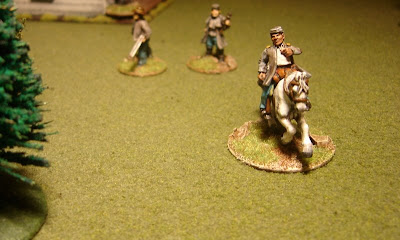 Mast and his men (and Miss Sue Ellen) moved in. "Don't show no mercy," Mast shouted to the defenders. 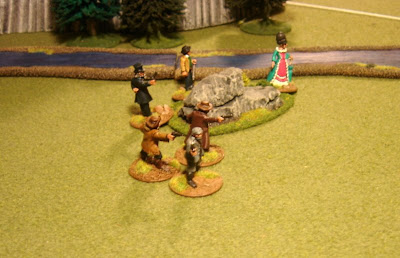 Eli and Coop provided covering fire from the corral... 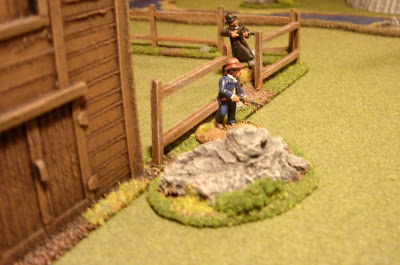 ...unaware that scullduggery was underway on the part of the major. 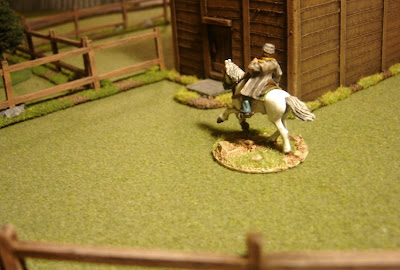 Gunfire erupted on a deafening level. By the time the major reached Eli and Coop, the experienced defenders had gunned down the entire gang. The major and his wounded were driven out. 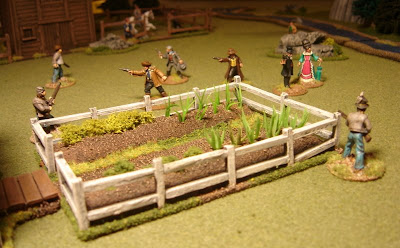 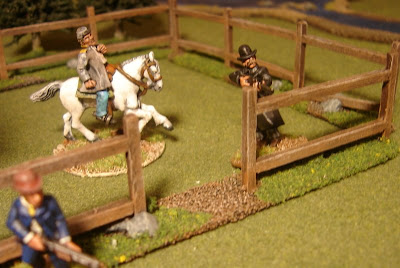 As soon as the 17th were driven off, sounds were heard in the stable. The remnants of the Sundown Gang (now called the Bullrun gang, on account of Bull Tucker runnin it and all) burst from the back door. 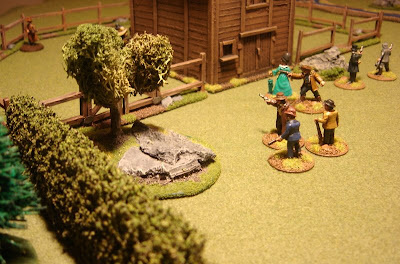 Bull Tucker, the Calamity Kid, and Bill Scranton were all present, along with some new blood. A stream of lead flew through the corral. 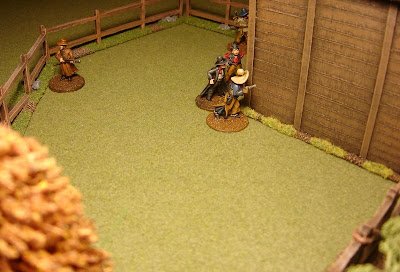 The Assumption Vigilence Committee moved around back and drove the gang towards the road. 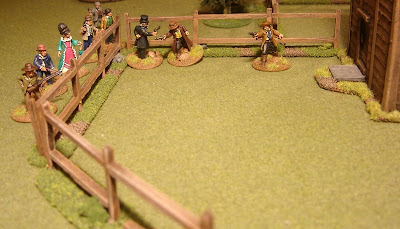 The outlaws attempt to make one more stand in the cover of the trees. However, after Gabe used his LeMat pistol to good effect, the outlaws dispersed under heavy rifle fire. Hackett farm was liberated at last! 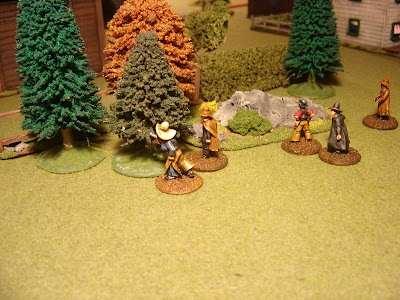 The Rest of the Evening:

The geeking did not stop there. We were taking turns throughout the evening playing Warmachine against Chris H's new Khador battlebox. He doesn't like Old West (we're working on that), so when Ken (finally) showed up, we set the table for two simultaneous LOTOW games. Below you can see Hackett Farm (foreground) and one of our many Assumption layouts (background) 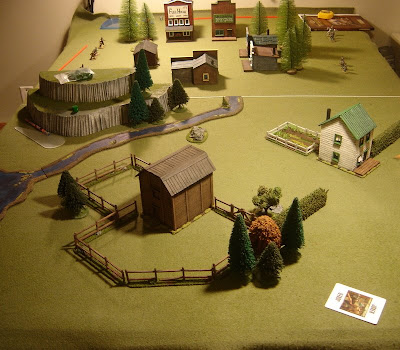 I pretty much stopped taking photos at this point. However I did manage to capture Chris's Southerners on film hiding like cowards here... 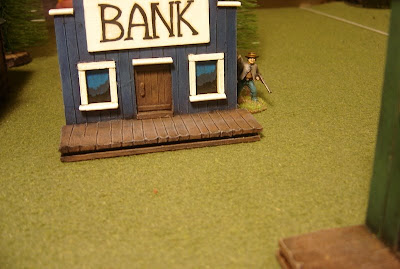 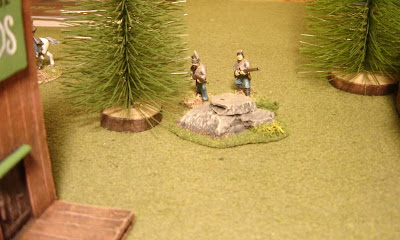 Ken also brought his recently finished gang shown here. They are exquisitely painted, although my photography doesn't really do justice. 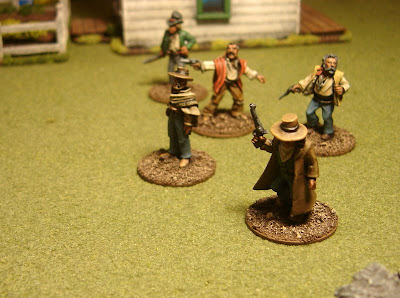 And in an entirely different vein, Chris E. brought along some 15mm Sci-Fi figures he'd recently finished. They are from Ground Zero Games and look very nice IMO. 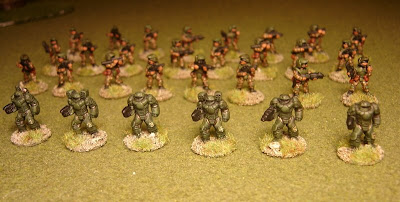 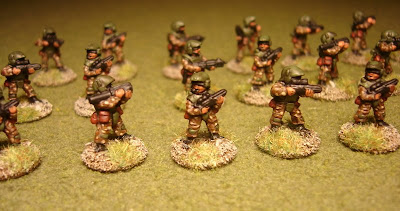 As usual, a wonderful time was had by all, and Legends of the Old West has become firmly entrenched as one of our regular games.