After the massacre at Green Ridge, the Assumption Defenders were still left with the unresolved issue of Miss Sue Ellen's abduction. With a couple of hired killers from the East in tow, Sheriff Gunne and his men headed into the Oklahoma backwoods in search of the Black Cole Elgin Gang hideout. Just when they were about to give up hope, an exhausted Rev'd Hargraves appeared out of the forest before them. He had successfully escaped the outlaws' clutches and was ready and willing to lead the lawmen to their shack.

An unassuming shack in the woods. 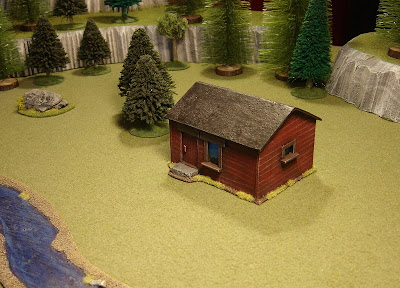 Black Cole Elgin and a couple of outlaws guarded Miss Sue Ellen's makeshift prison while the rest of the gang were headed into town. 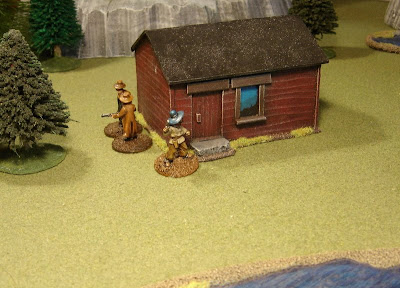 The Assumption Defenders stormed the shack, taking advantage of the outlaws' reduced numbers. 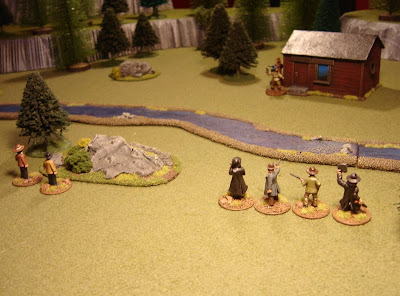 One of the easterners, the Man with No Name (a.ka. "Stranger"), shot Caesar Accosta and put the Mexican down. 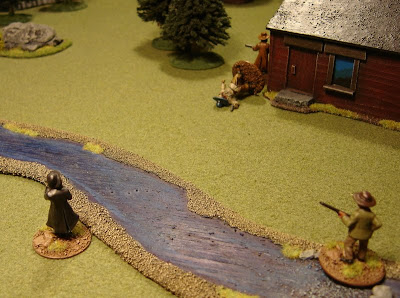 The rest of the lawmen moved up with guns blazing. The remaining outlaws ran behind the shack for cover. 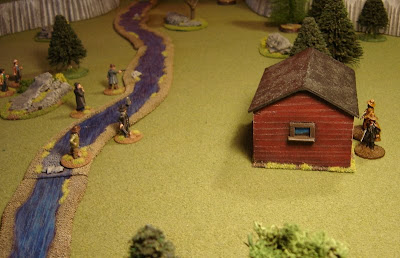 The other hired killer covered the shack with his rifle. 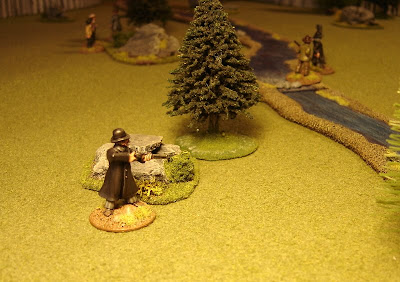 Preacher ran to the shack and kicked the door in as the remaining outlaws were heard coming up the pass. 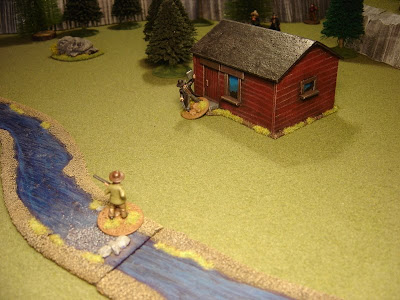 The Preacher and Jake Hackett urged Miss Sue Ellen on, trying to get her across the river and to safety before her unlawful husband, the Philadelphia Kid had time to react. 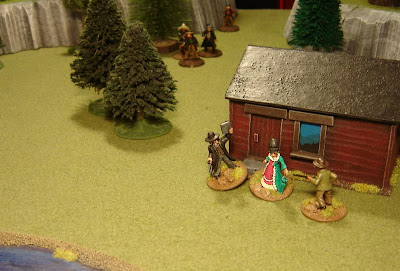 A vicious gunfight ensued. The lawmen tried to keep the outlaws pinned down while Miss Sue Ellen was ushered to safety. 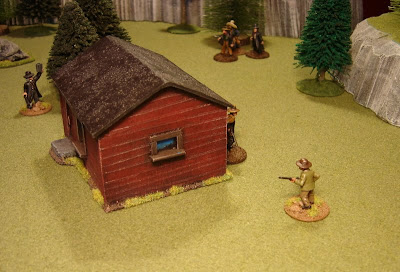 Sam Blake and the Preacher even found themselves grappling with the infamous gang leader, Black Cole himself. 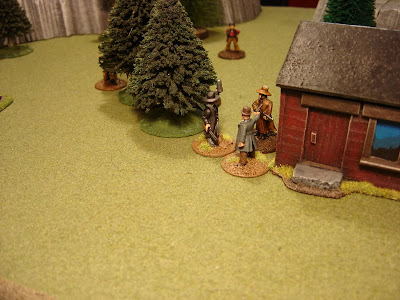 In the end, both sides backed off under under fire, dragging their wounded with them. The Sheriff and his men succeeded in rescuing the kidnapped lady from the clutches of the godless outlaws. 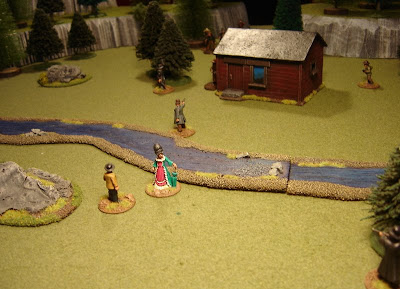 After their safe return to Assumption, the Preacher and the Sheriff went to interview Miss Sue Ellen. As it turned out, the bride took vows under duress, the wedding license was a forgery, and the marriage was not consummated. Under the circumstances, the good Preacher declared the marriage null and void in the eyes of God.

In the meantime, Deputy Sam Blake was seen tacking the following poster around town the next morning: 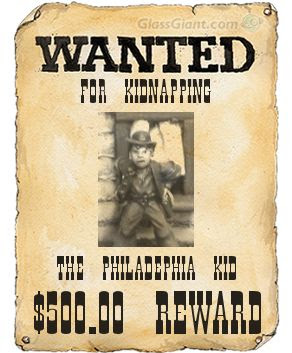 Great writeup and very nice terrain and figs. We've played some PKowboys recently, but are looking for some different rules, what are you using?

I love a game with story. Thanks!

Thanks for the comments gents.

As for the rules, we are currently playing Legends of the Old West by Warhammer Historicals. I have the Gutshot rules and plan on trying them in the near future.