The Curse of the Dertflinghans: Chapter Four 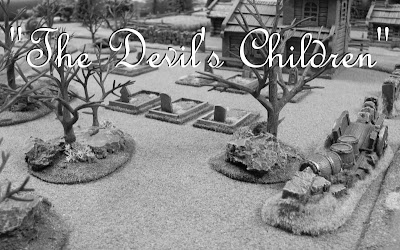 21 April. Old West Road - It is now two days since we left Dr. Grunberg's comfortable lodgings. According to the directions of Ernst Holdt (Dr. Grunberg's groundskeeper) Dertflinghan lies four days march east of the asylum. Our current camp, then, should be halfway between the asylum and our destination. It is a warm sunny morning, and we shall be embarking for the day shortly. 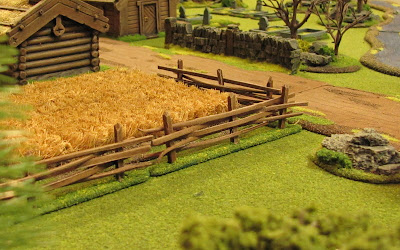 Last night we made camp in a small church in the midst of a tiny hamlet. Like the first settlement we encountered in this land, the entire place seems to have been recently abandoned by human occupants. This last statement is made in allusion to the hellish events that transpired last evening. 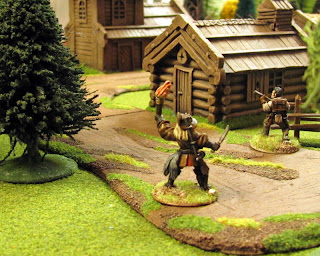 We arrived just before dark and found, again, that all of the buildings showed signs of recent occupation. Sir Thrustam was still recovering from his wounds and, after displaying some some resistance to the idea, agreed to take a sleeping draught prescribed by the professor. A makeshift cot was made in the cellar of the church, and after our leader was made comfortable, the rest of us began a quick search of the buildings and surrounding grounds as the twilight gathered about us.

It was during this search that the professor and I heard Egon, who was searching the other side of the settlement, calling out to some person. I remember that his tone seemed to suggest that he was talking to a child. 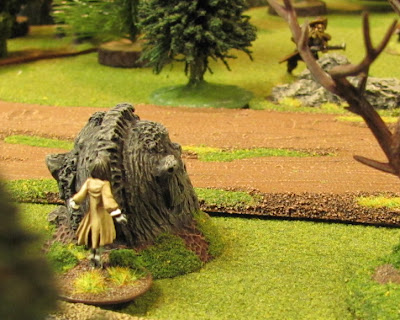 In the second that it took this thought to form, the professor, Johann, and I were startled as a young girl ran across a nearby building into the night. We called out to the child, but whether she fled from fear or ignorance, we couldn't be sure. 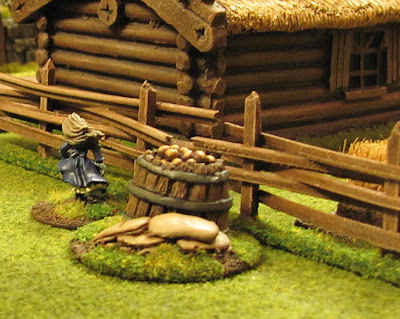 The professor and I decided that the appearance of the child necessitated a thorough search of the area. We prepared lanterns and torches and readied our weapons. It was then that the party was set upon in a most alarming fashion. 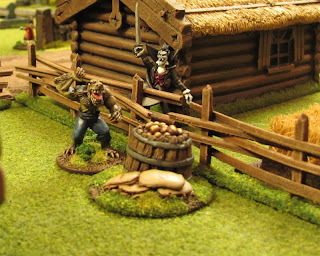 A savage beast came running from the direction in which the child had fled. I felt a sudden pang of guilt as a sudden realization came over me - by letting the child escape we had likely sealed her doom. No doubt the snarling figure who raced towards us from the blackness had slain the poor child. The professor and Johann began firing as the beast came into sight.

The creature was similar to the Great Wolf and his companions, but seemed more generically beast-like and less like a wolf. Specifics of its appearance notwithstanding, one fact was certain - it was charging forth with the intention of slaying my companions and myself.

We were further shocked when another figure charged swiftly from the dark night towards us. Although he was attired in formal evening dress, his face was a horrible countenance of pale savagery. He swung a sword about in a rather clumsy fashion, but I was more concerned by his sharp claws and the glistening fangs that protruded from his dripping jaws. 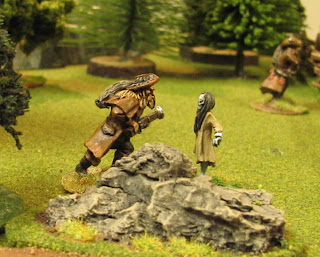 As we faced our own horror, Egon and Hans cried out in terror, attesting to the fact that all members of the party were all equally assailed.

The inevitable clash came as the canine creature leaped towards the professor and began flailing its mighty arms like some bloodthirsty ape. Prof. Alcock was thrown to the ground violently and used his blunderbuss like a club as he tried to block the brutal attack. 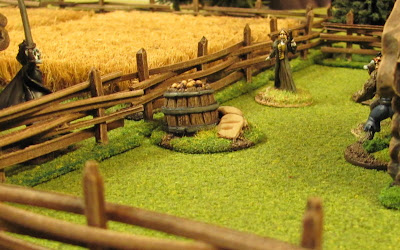 Meanwhile, the foul man-creature dashed towards me and tried to hold me down. Luckily, Uncle Amos's famous defensive move from his prizefighter days (known as "The Flying Poundwood") served me well and knocked the creature back for a moment. As the melee continued I became aware of a blood-curdling cry erupting from the professor. I looked over just in time to see the foul beast contorting and shrinking, and when the transformation was complete, the fleeing girl stood in its place. Now that I saw her from a closer vantage point, I could tell that she also displayed a horrible visage and that she was certainly the same type of creature as the elegantly-clad monster who beset me in combat. It was then that I realized that Johann was also engaged by one of the foul child creatures and in that moment I wished that Sir Thrustam were present. His fencing skills would have been most invaluable in our current plight... and it was then that I realized... Sir Thrustam... the cellar. I yelled my intention to my comrades as we made our way swiftly towards the abandoned church. 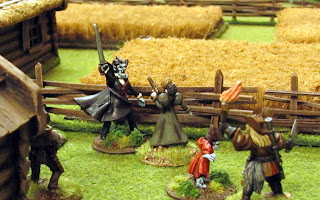 By the time we reached the door, Egon and Hans were already in the doorway, firing their rifles into the night. Johann and I rushed past them, helping the injured professor between us as we ran. After we crossed the threshold the Austrians slammed and barred the door. As soon as the door was closed, all was quiet. It was as if the entire scene were a dreadful nightmare. It crossed my mind that the church structure itself was likely consecrated ground, and that thought has set my mind on a new series of possibilities.
Regardless of last night's horrors, today we make our way towards Dertflinghan. Sir Thrustam seems recovered and the professor seems no worse for wear. However, I have noticed that ever since our last day at the asylum, Prof. Alcock seems strangely distant. I wonder if there has been some occurrence or discovery to which I am presently ignorant. I may approach him on the matter when a pertinent time presents itself. Until then, I shall proceed onward while keeping my own suspicions veiled. - EP

Vampires. I love them. The young girl vampire models are from Westwind's Kindernacht blister pack and I think that they are some of the finest vampire models I've ever seen. The vampire warband (a nosferatu warband to be more specific) plays very differently from my werewolves. The vampires can attack normally, or they can go for a bite attack (which I did a couple of times). A successful bite means that the victim will only suffer a loss of one Vitality, but the vampire will cure one Vitality as a trade-off. The vamps are also particularly resilient to firearms.

The scenario was Seek & Find (one of our favourites) and I was victorious, both in number of KO's as well as in finding the most objectives. The vampires have a higher Mind stat than the werewolves and lunatics so they are better equipped to finding objectives.

I should also mention that Sir Thrustam missed a scenario based on his Injury roll after the last game. Have no fear - he and Rutter will be back for the next thrilling installment of The Curse of the Dertflinghans.

Great looking miniatures and scenery! The story was really,really nice with the line "Luckily, Uncle Amos's famous defensive move from his prizefighter days (known as "The Flying Poundwood") served me well and knocked the creature back for a moment." just hilarious!As always,I'm looking forward to your installments.

Werewolves, lunatics, and now creepy shape-shifting kids! You'll be giving us all nightmares..... not that I'm complaining though!